Ubud (pronounced oooobud), located in central Bali, was top of my list of must-sees. (Truthfully, not having much time here,the list isn’t as long as I would have liked). The “Eat, Pray, Love” epidemic has caused this town to blow up within the past several years, though it’s been more quietly popular amongst westerners and locals alike for decades. You’d think the Balinese might bemoan the likes of a place like this–much like we do the turning of neighborhoods in the United States, but, as seems to be the way here, they speak of Ubud and the rest of the island with great pride and reverence.

I wanted to know what all the hype was about. I pictured a more tropical Hudson Valley in my head–very zen, peaceful, and overwhelmingly natural.

For those of you planning a holiday in Bali, actually come with a plan! Or, don’t, as we mostly didn’t. But, do be prepared to hire a personal driver to show you around for a day, as there really isn’t any other way to get around when you’re traveling further north. Before you think to yourself “Lauren and Drew are such diva stars,” it turns out or experience with our driver, Wayan Balik, was one of the best from our days here in Bali.

Because we didn’t arrange a ride in advance, we stayed up the night before, mass-emailing companies with names like “SuperBaliDriver” and “BestBaliDriver,” willing to accept any ride that didn’t involve too extreme of price-gouging. As fate would have it, Wayan from Bali Ari Tour was quick to respond, available, and reasonably priced. He is from a small village in Ubud, and is familiar with the surrounding area.

Wayan arrived at our hotel at 8:00 am. I liked him right away, as he had a nice smile and happy laugh (pretty common here, I’ve noticed). We explained that we’d like to go to Monkey Forest, see some temples, and do some shopping, but had no real agenda otherwise. Apparently, westerners usually prepare a full itenerary, so I think Wayan was pleasantly surprised by our lack of structure (I’m a Key, and come by this honestly).

On the long-ish drive to Ubud, we chatted and compared cultural norms and societal issues. Seems here in Bali the government is kinda corrupt (where is it not). The natural, wild and exotic allure of Bali is rapidly being replaced by concrete and structure–think large upscale resorts and major coffee chains. Yes, this provides the locals with more job opportunities, but at what cost? Seems this is a universal dilemma with development. While the notion of progress is a good and hopeful one, how do we justify destroying pristine beaches and rice paddies, affordable housing, mom and pop shops, to make room for yet another Starbucks (designed to look like a temple, at that)?

OK, Key’s off her soapbox. I want to get back to our time with Wayan. One quality I admire most in people is the ability to make you feel special and unique, as though you are the exact person the other wants to be spending time with. This man was providing a service–one we were paying for–but somehow we still felt like being stuck in traffic with two tourists was EXACTLY how Wayan wanted to be spending his day. *It should be mentioned here that my dad is also very good at this, probably why he is so successful in his baseball lessons, but I digress.)

Because we were pretty flexible with time (we just needed to be back in time to see the sunset on the beach), Wayan took us on a detour to his family’s compound. Here, we saw his uncle’s pregnant pig, some carefree chickens, his mother roasting coffee beans (supposedly the best around), and Wayan’s wife doing daily chores. We chatted over coffee, and he explained things such as the division of houses in Hindu culture (head, body and legs).

During this time, I felt truly happy–it’s great to catch yourself in the moment and realize nothing can be better than exactly what you’re doing. I’m thankful for this memory.

Wayan offered to let us stay the night (for free!) in the spare room, then extended the offer for a permanent residence! I didn’t let impulsivity get the best of me this time, but don’t think it didn’t cross my mind!

Ubud was cool and special in the way I expected it to be. Lots of unique shops, galleries, and restaurants, tucked amongst lush vegetation and ancient temples. We were surprised by the pace though–New York City on a smaller scale, as Drew puts it. Monkey Forest was indeed full of monkeys, as to be expected. Some were cute, some nasty, and many FEARLESS. I quite enjoyed when a baby outstretched his hand, but not so much when one bit my finger and another scaled my back. In short, they were great to see, but I’m still on the fence about wild monkeys. Quick aside: when monkeys are given fruit with peels, they take the time to peel it and discard the peel. Pretty incredible!

After more shopping and temple-peeping, we made the drive back south towards Nusa Dua. Because we didn’t get the chance to try suckling pig, or,  babi guling, Wayan took us to his personal favorite– a local spot with great prices. In other words, a second lunch happened (the first being at Cafe Lotus overlooking the lotus pond and Pura Taram Saraswati). So worth it!

Though we expected to watch the sunset on Kuta Beach, Wayan promised Jimbaran was a better spot, and the man wasn’t lying. We sat and watched life unfold–throngs of football players, kite fliers, surfers, and families enjoying the last of the afternoon sun. It was one of the most spectacular sunsets I’ve ever seen.

Leaving Bali is going to be hard. It’s special. You can see it in the people and feel it in the air. When we were leaving Kula Lumpur, both the AirAsia attendants and immigration gave us a knowing smile when they learned of our next destination. “Ahhh, Bali,” one said.

Maybe it’s the islander in me, but the vibe here is comforting and familiar. It’s easy to see why people stay forever. 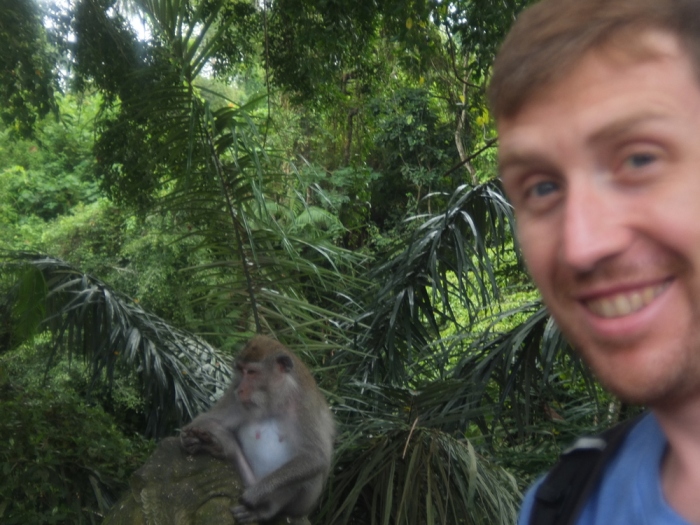 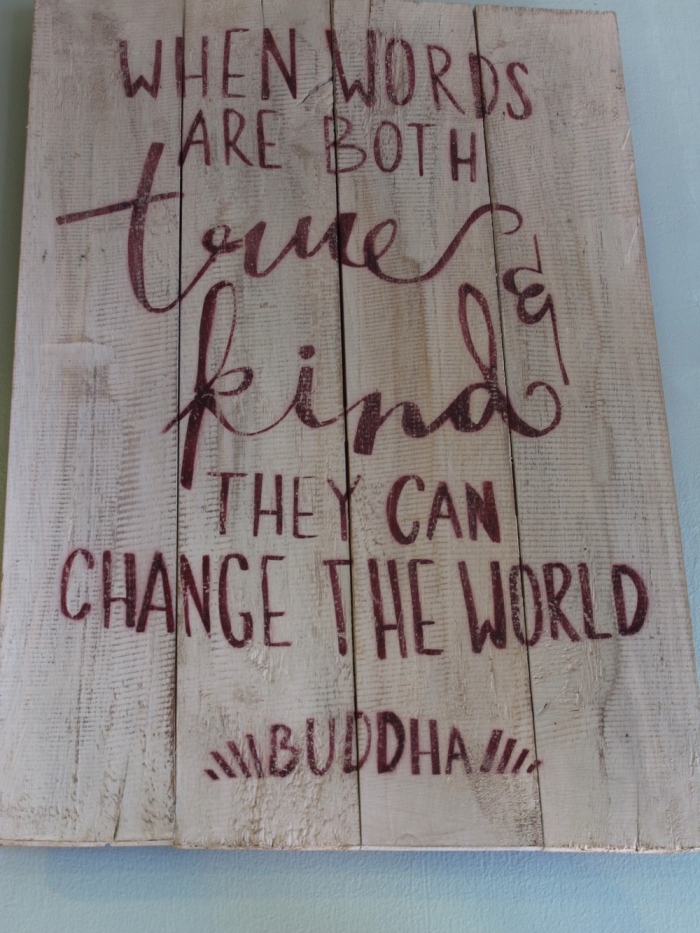 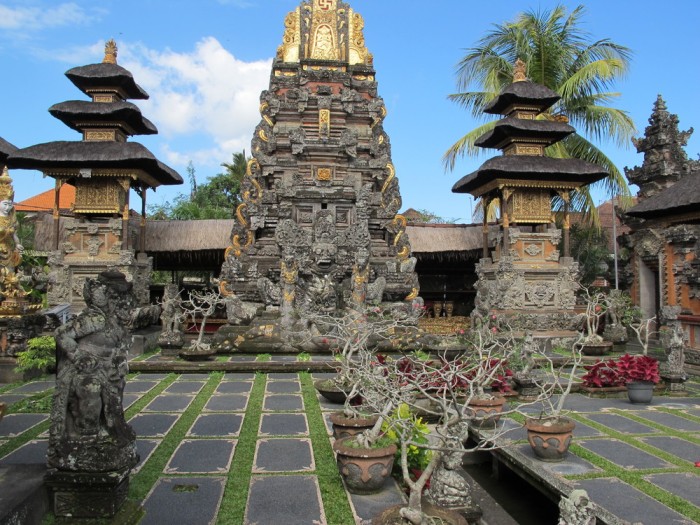 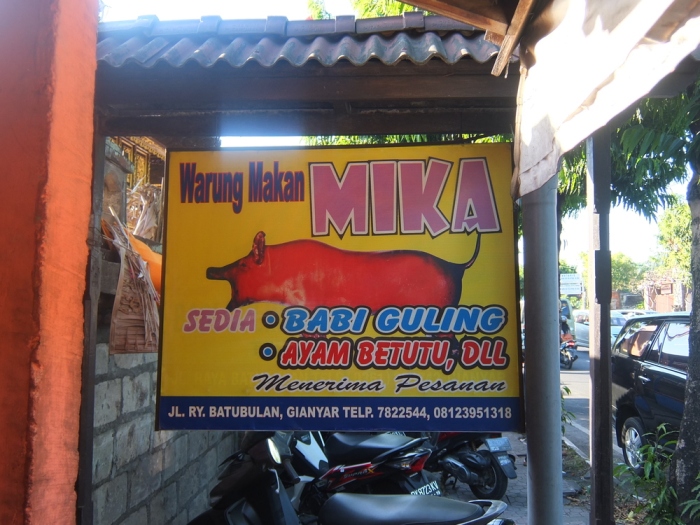 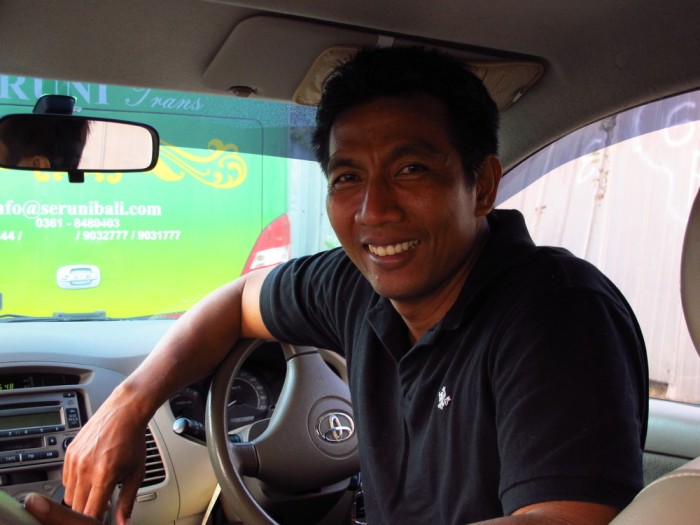 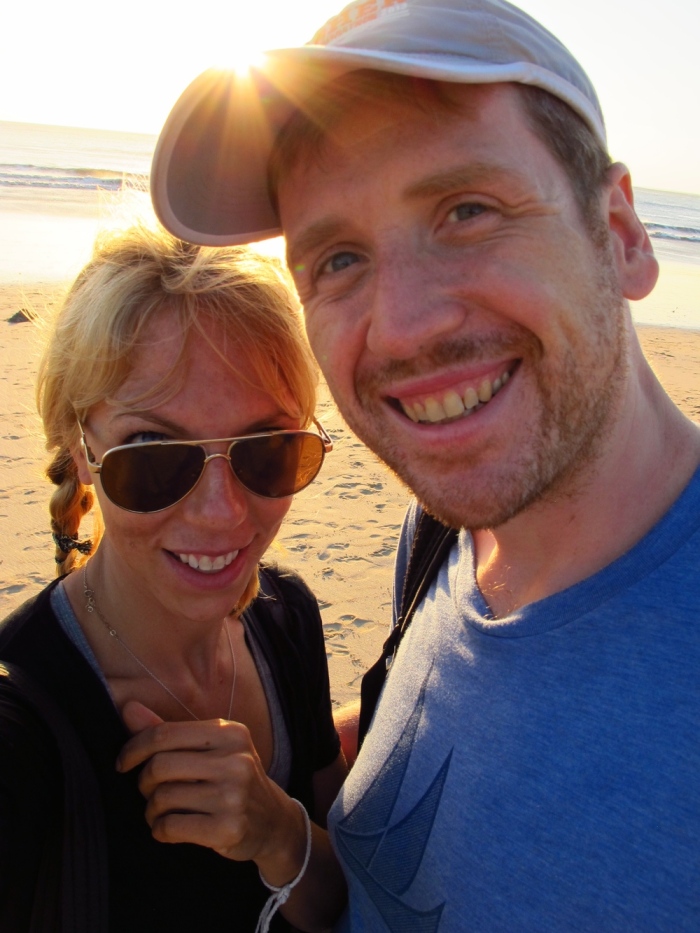 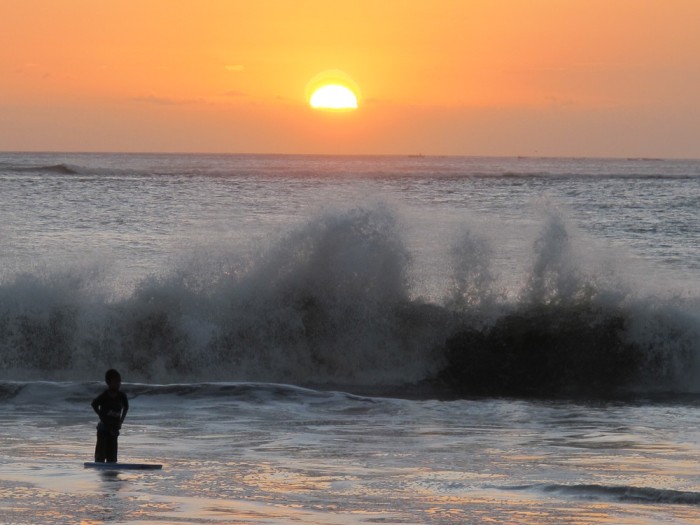 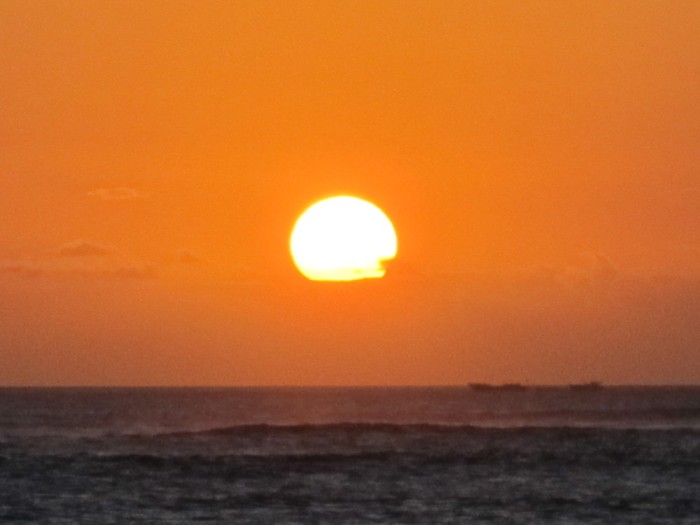